This beautiful 19th century lampas imitates the style of Chinese cloisonné enamel. The scintillating colours characterise the rich interiors typical of the Napoleonic period. In the mid 19th century the east heavily influenced the decorative arts. Emile Guimet, after whom this design is named, was an industrialist in Lyon and a passionate collector of Asian decorative arts. His collections formed the basis of the Guimet Museum of Asian Art in Paris. 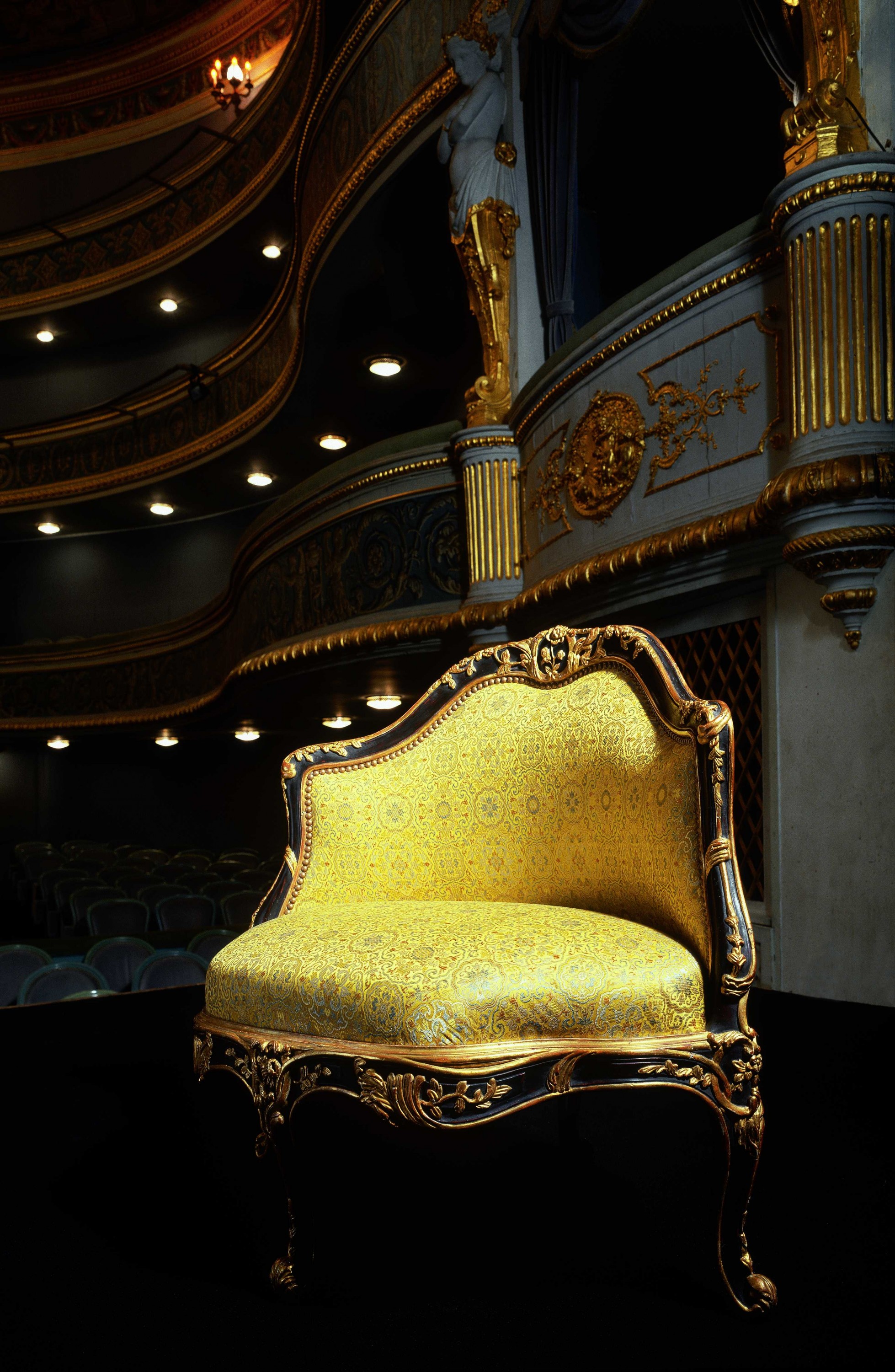 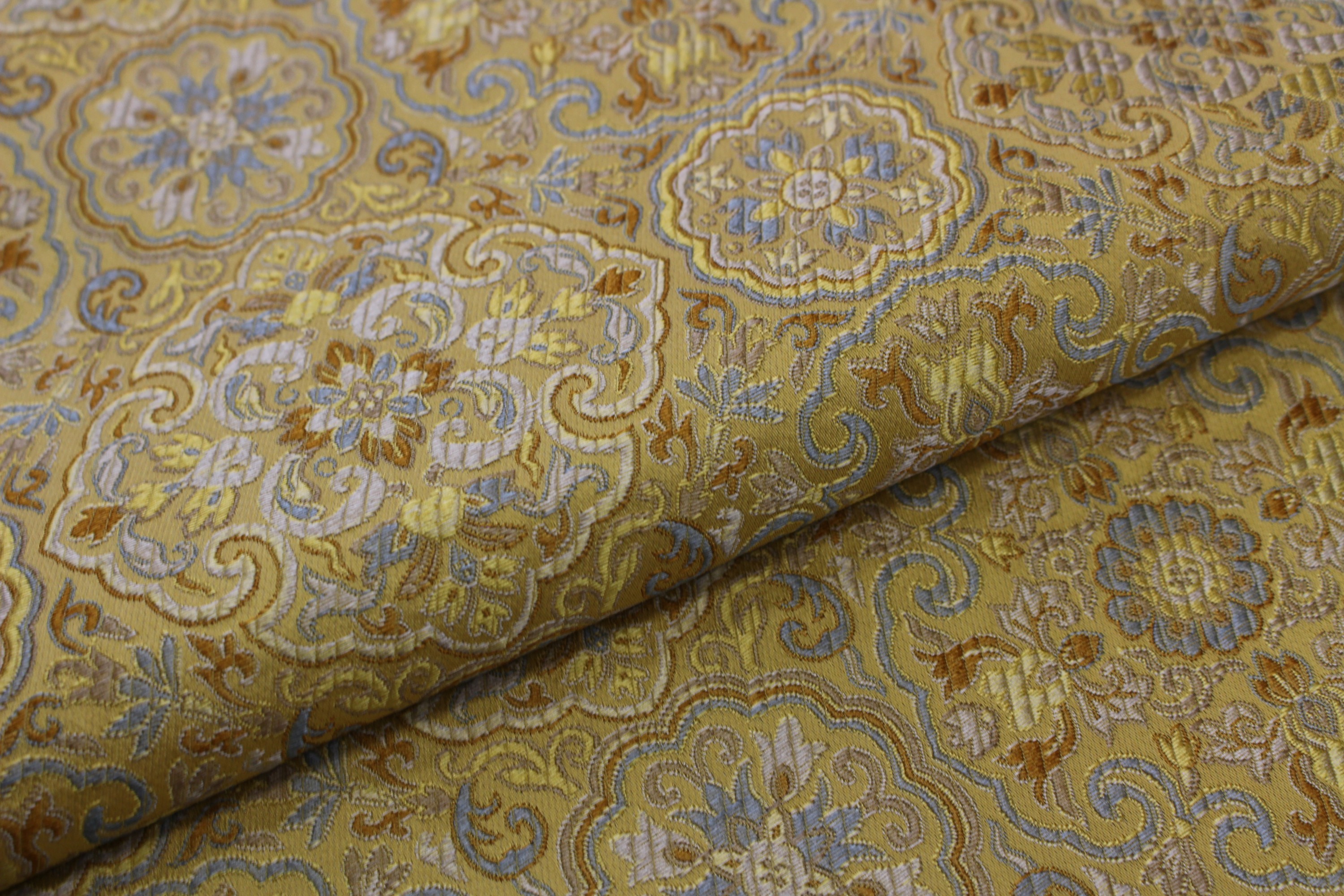 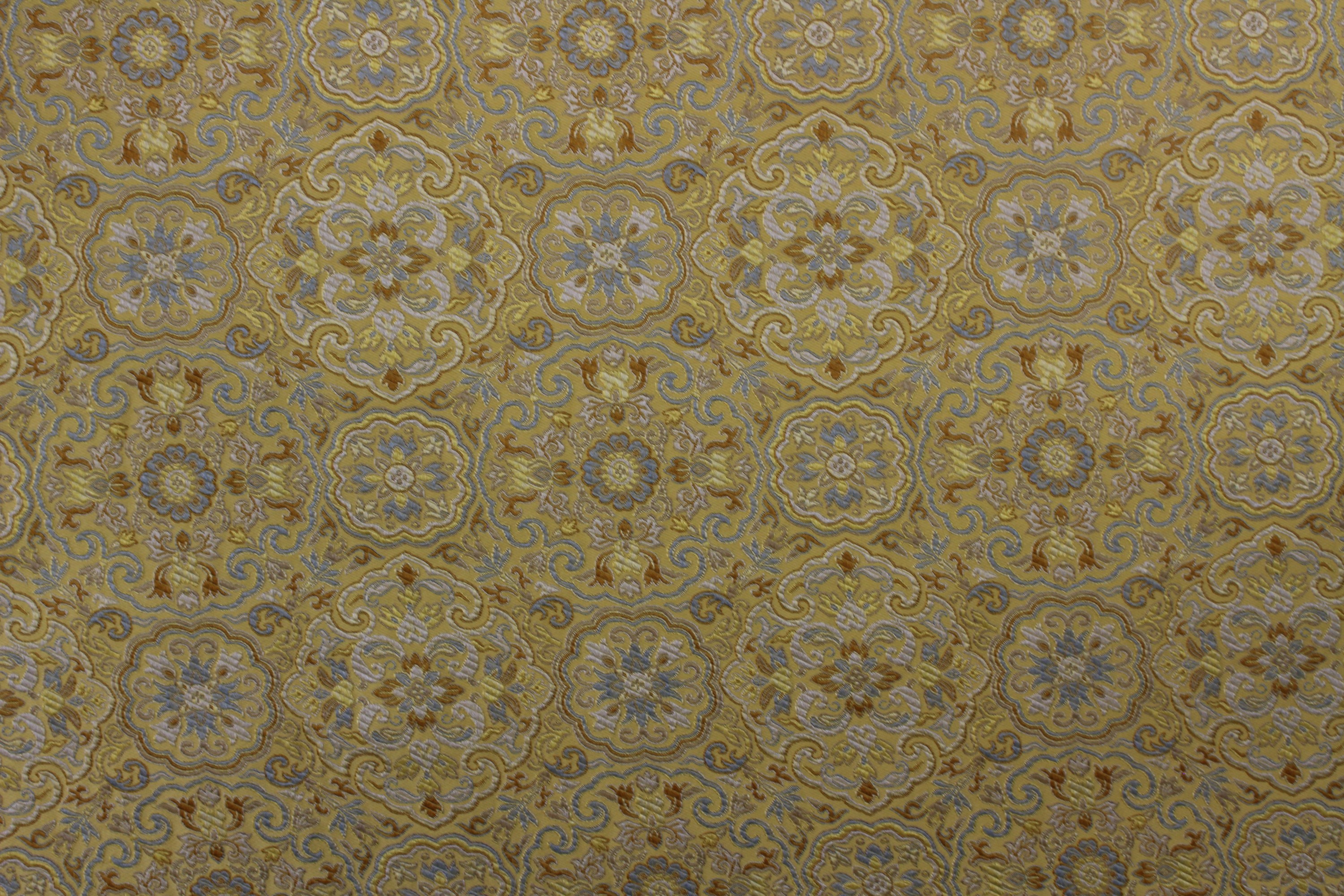