A Pillement-style lampas « Chinoiserie ». Jean Pillement, a French designer in the second half of the 18th century, worked almost everywhere in Europe but more particularly in Lyon. Between 1760 and 1775, he produced engravings and published in London a number of plates illustrating Chinese decoration. These engravings would inspire designers for more than fifty years. 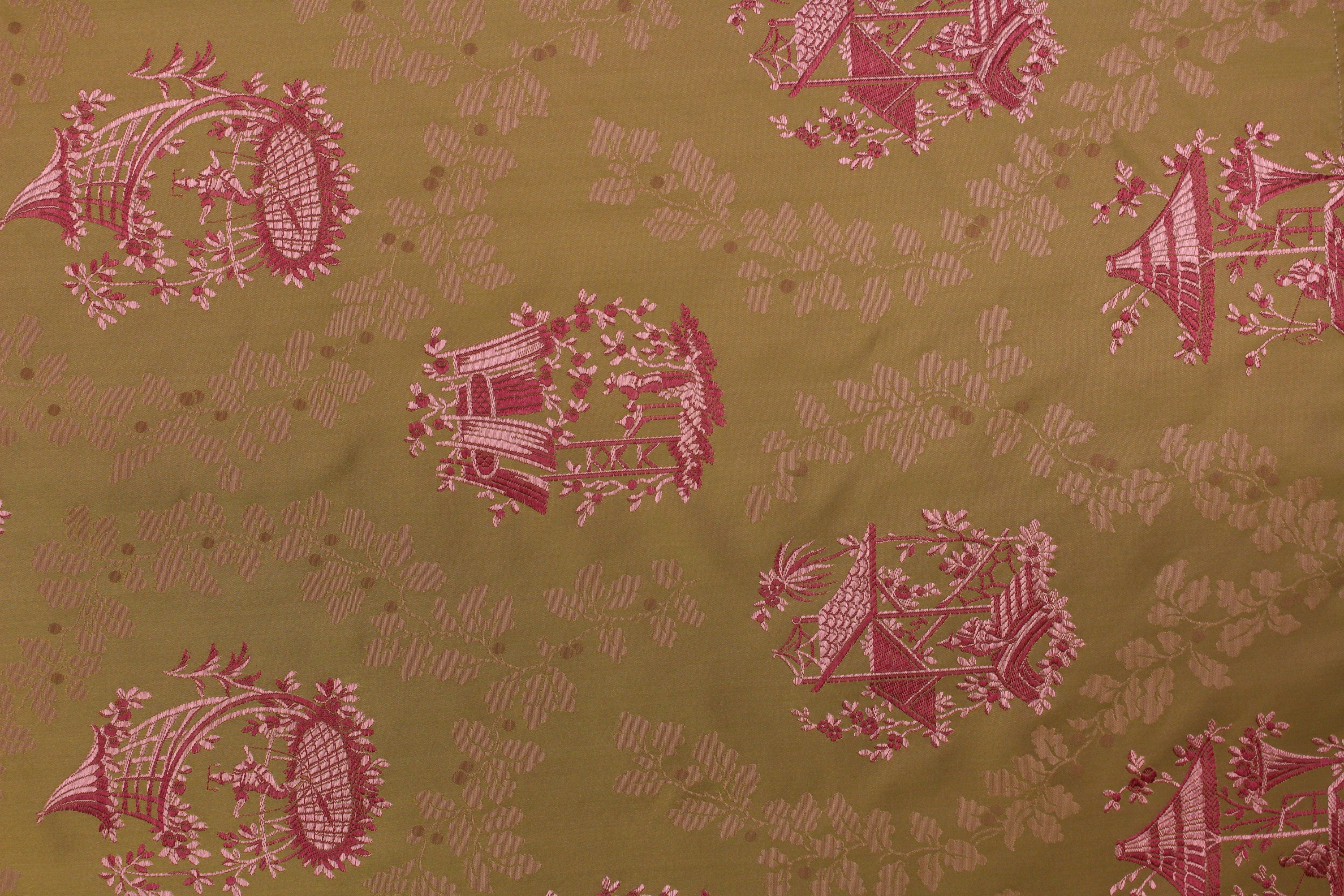 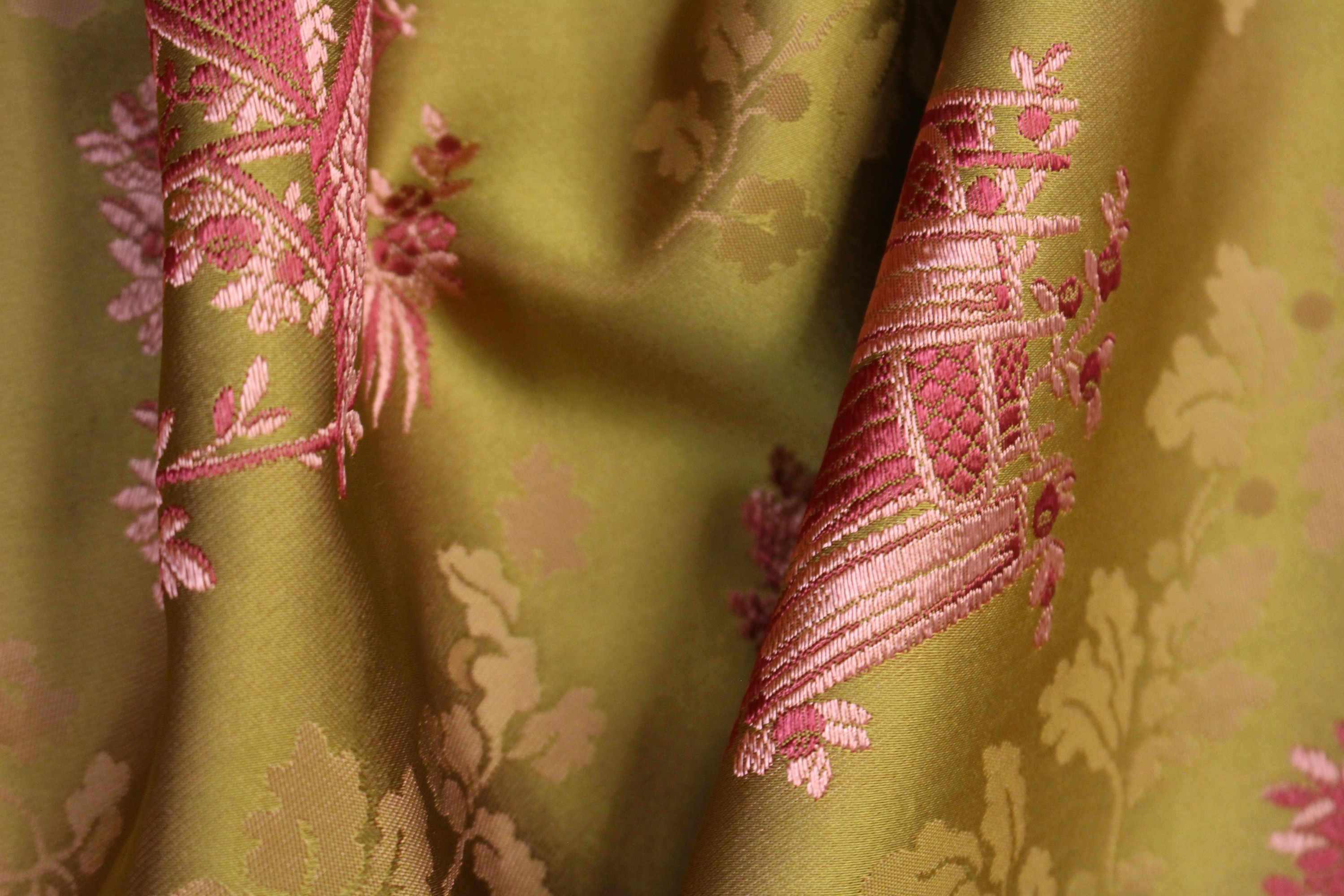 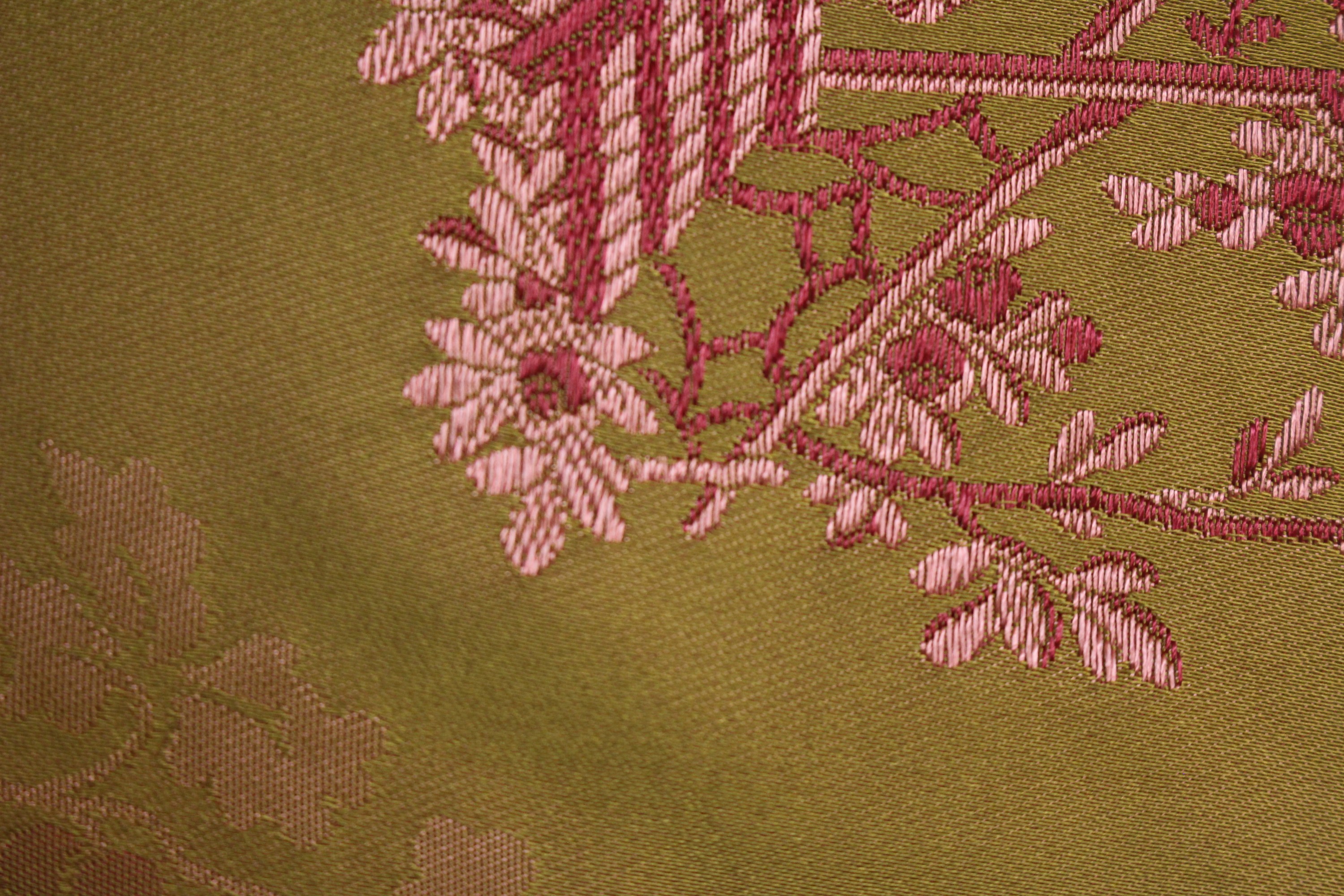