A lampas inspired by a silk from the second half of the 19th century with a Japanese look which was in vogue under Napoleon III. In the 1870s, Japan opened its gates to the world and for the first time participated in the 1867 Paris World Fair where it was a great success. French artists discovered Japanese culture and its secrets and developed the Japonism fashion trend. Silks were not immune to this trend and lots of designs inspired by folding screens, lacquerwork boxes or other decorative items were woven in abundance.This sumptuous fabric was woven based on a silk from our archives and was crafted in our workshops in France. There are 4 colour variations. 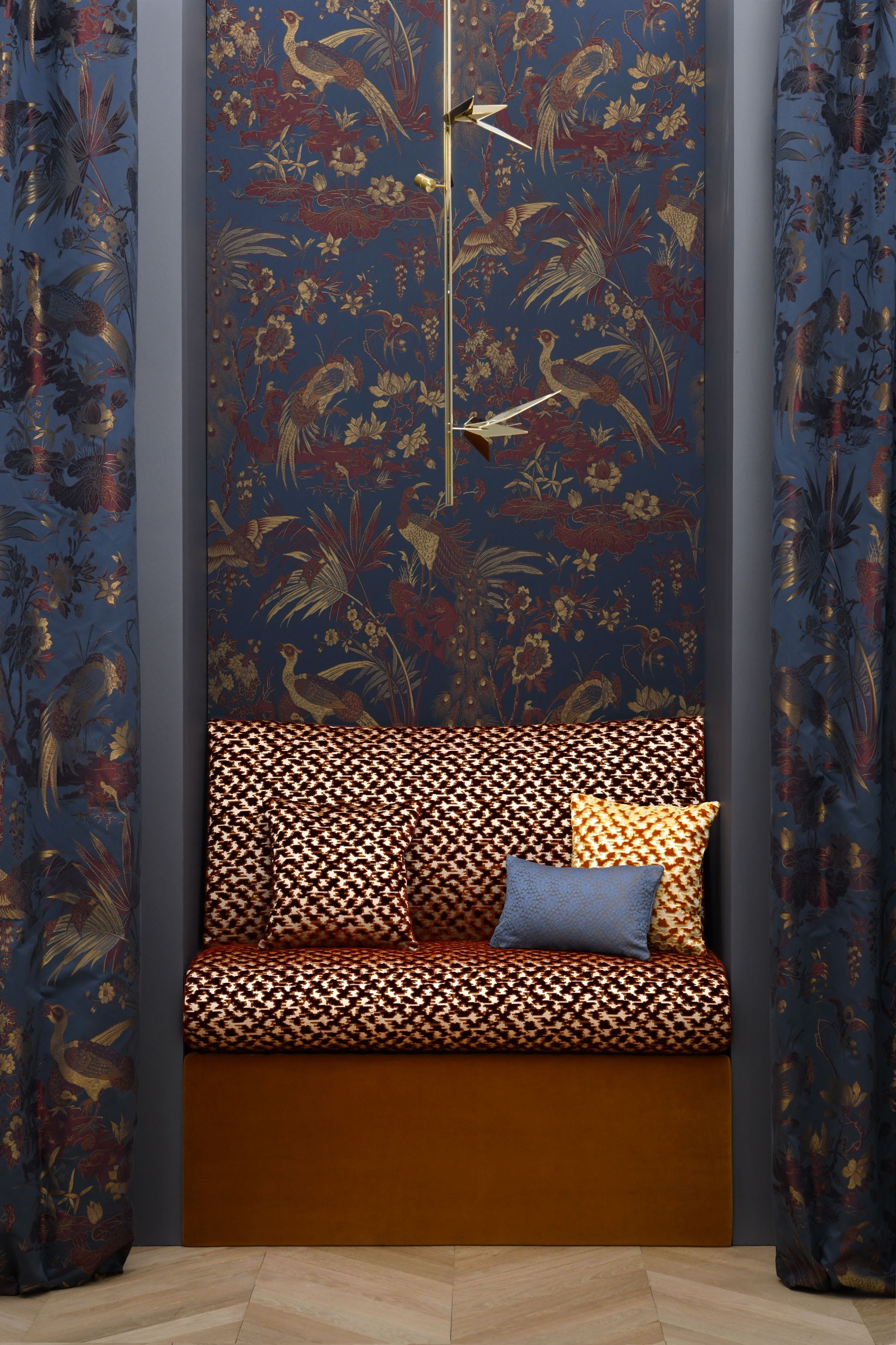 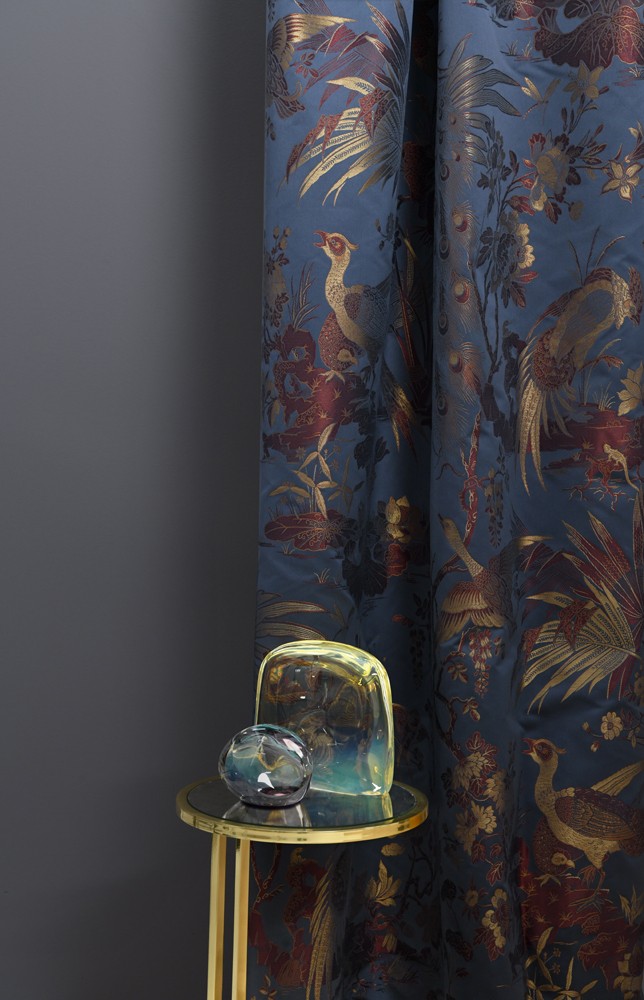 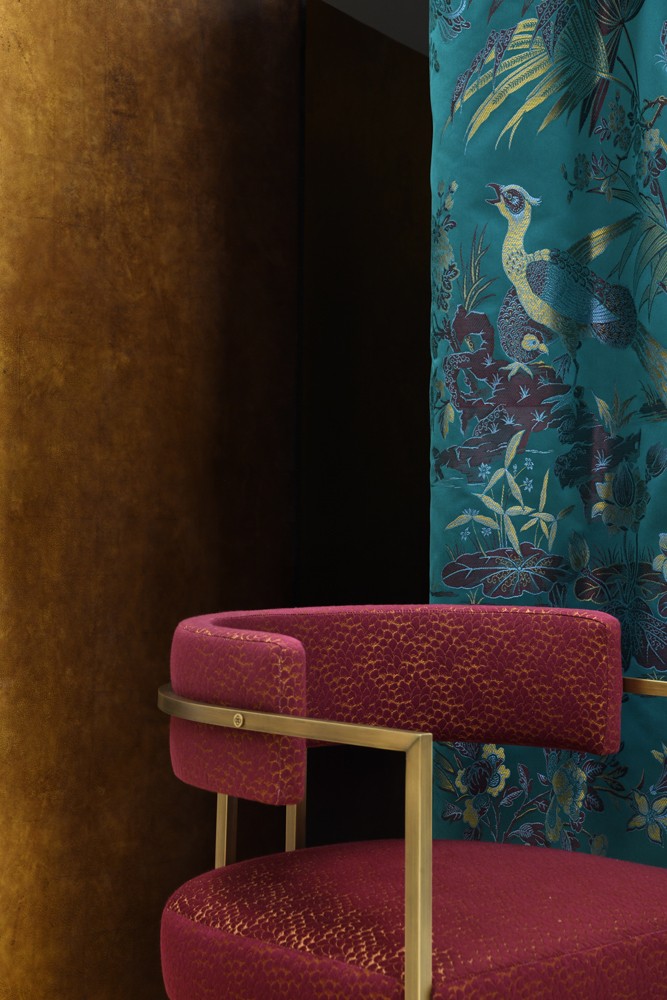